Deep inside the Burgerfriedensmiliz headquarters, home to the Insect God cult, our heroes flee from a mob of enraged cultists. At the end of the last session they had arrived at a junction… to their right the corridor opened into a room with what appeared to be two stone benches, at least as much as their lanterns illuminated. Straight ahead the corridor continued to open into a further room and Esmeralda reported she could hear distant shouting from that direction.

A decision had to be made and quickly. Digging deep, the Black Dogs discovered the grit that makes them monster hunters and turned to fight the cultists, using the junction to good effect and setting up an effective defensive formation that would allow them to get multiple attacks in on the cultists at the front.

Desperate combat ensued as the cultists came flying in even though unarmed. Men and women tried to grapple and pull the PC’s down, trying to overwhelm them with numbers and showing little regard for their own lives (crazy cultist bastards). But with typical efficiency swords were swinging and cultists fell. It seemed like this tactic would work until more cultists charged in from behind. Balock was grabbed by one cultist while another latched onto Miklos, but he was able to shake them off. Pushing the assailants back Miklos struck the head off one cultist, a look of surprise still on his face as his head span through the air, and Ingrid buried her sword deep in the torso of another, kicking the limp body off her bloody blade and freeing Balock.

Hearing the bawled instructions of an armed cultist asking to be let through and realising they could be quickly overwhelmed the party retreated into the stone bench room. Hemming, Esmeralda and Genevieve began to explore, discovering the room to be a temple with rows of stone benches and a large throne with a giant ant statue rearing above it. Besides the throne, statue and benches, blood stained tapestries and carpets adorned the walls and floor of the room, both with a pattern of a giant ant head embroidered in them. Meanwhile Ingrid, Miklos and Balock face the cultists at the entrance to the temple, holding their own ground until three armed and more capable cultists join the fray. In an attempt to break the morale of the cultists, Miklos casts a Command spell at the leader of the group – ‘Kneel’ – but it is framed in such a way that it looks to the cultists that this commander has been overpowered by the power of god, and falls to the floor on his knees. This causes many of the cultists to flee for a while at least and gives the three Black Dogs holding the doorway the chance to finish these stronger cultists off. 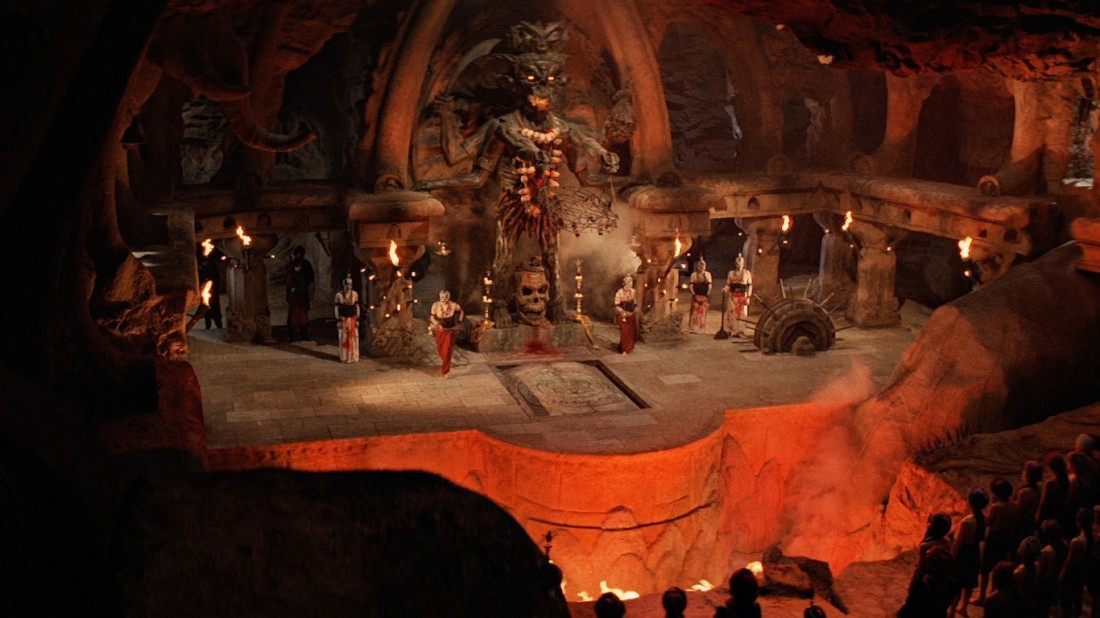 Meanwhile Hemming and the others check out the temple. The Magic-user strikes the throne with the Leg Bone of St Burchard to see if it has any effect (it doesn’t), and they perhaps wisely decide not to interfere with the throne any further. Turning their attention to a door leading out of the room, Hemming opens it and a further door beyond along a short corridor. A larger, unadorned room waits beyond and the party moves into it, their plan to secure the door behind them with a Hold Portal spell cast by Genevieve.

From out of the shadows shuffles a horrendous monster which can only be The Mother’s creature. A human torso with a head twisted sideways, and arms for limbs, all in different stages of decay. Following ineffective blows on both sides of the combat a further door flies open and more armed cultists burst in, these armed with shortbows. They are accompanied by The Mother who casts Stinking Cloud in the room, taking Hemming, Ingrid and Esmeralda out of the combat for a few seconds. On recovering Hemming fires a Magic Missile at The Mother which hurts her, but she’s still in the fight. Having locked the door into the room with Hold Portal, Genevieve casts Unseen Servant and the summoned force pushes the other door shut, allowing the Black Dogs to deal with the two cultists who pushed there way into the room. It looks like the adventurers may be about to overcome both the creature and The Mother, when the fiend tears both of Ingrid’s arms off, leading her standing there bleeding….

This fight isn’t over yet, and even when it is, how are the Black Dogs going to get out of here?