After lasts week’s session being cancelled due to England playing Columbia in the World Cup we pick up this week with Maldron (@TonyLayter) recovering from his drunken stupor and tracking down Balock (@Benelio) and Miklos (@Lintillaz) as they ponder on what the hell to do about the horror in the basement of The Dogs Head tavern, and how they might explain the death of Emil Traschelmann to his mother Lucinda.

There is a lot of discussion and debate. Should they go back in and tackle the creature? Would it be better to wait until after dark and see who enters The Dogs Head? How about setting the tavern (and likely a large part of the town) on Fire? Or just doing a runner…? 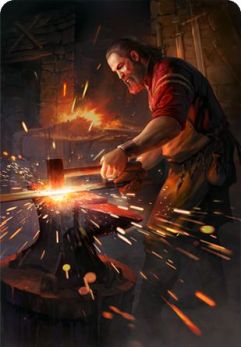 That’s a lot of questions that took a fair bit of time to work through. Their discussions took them from the alley to a rather pleasant inn where they paid well over the odds for some ale and cheese. Over lunch one thing was decided – a visit to the local Blacksmith to acquire some new weapons. After much haggling Miklos came away with a second hand but functional scimitar while Balock acquired a brace of balanced throwing dagger. The Blacksmith was certain these weapons would find use once the Swedes arrive…

After checking in on Mathilda, who was now being looked after by the barmaids at the Sword and Flagon, the hapless trio headed back down to Fisherman’s Wharf with a vague idea of how they might continue their investigation. They were passing the watch tower at the east end of the bridge leading to the Marienburg Fortress when they were hailed by Hermann, the guard who had initially put them onto the Traschelmann case. Balock quizzed Hermann about the watchman who had discovered the bodies on the previous four mornings; this resulted in them being lead to Henroth Blassman at his home. Henroth told them all he could of the bodies and his patrol route, but there was little information of any use; there was little flesh left on the skeletal remains of the victims, three of whom were found in crawling positions, the fourth slumped against a wall, and a residue of acidic slime was near all four bodies.

As the sun started to set the indecisive gang headed back to Fisherman’s Wharf, still unclear on their plan of action. They chose to keep an eye out from the water side and before too long spotted a hooded figure entering The Dogs Head tavern. At last, direct action was taken and our Black Dogs entered the tavern and were soon questioning the owner, Liphardus Verbogen. Liphardus tried to escape via the side door but a thrown spear from Miklos and a tackle by Balock soon put a stop to that. Clearly this vile man had something to hide.

Before too long there was a banging on the door and a voice shouting from outside, “Open up Liphardus!”. The party, not wanting to hang around pushed Liphardus down the steep steps to the basement; unfortunately (depending on your perspective) he landed awkwardly and broke his arm. Now in pain and shock he is little use to the party. Once more they check out the dark, damp, grim corridor with torture rooms behind the curtains; the content of these rooms is enough to turn even the strongest stomach. As they move down the corridor, expecting to meet the slimy, body part filled mass of horror they had previously encountered, Liphardus moaned in pain and each Black Dog had his weapons drawn, ready for… something.