It’s would be difficult to understate how stupidly excited I was in the last few days leading up to UK Games Expo. Hotels and games were booked well in advance, plans had been made and yet I had that small twinge of anxiety that something may go wrong. No worries though, it was fantastic.

My first point of call was Loughborough, having been invited by Dungeon Crawl Classics afficionado Bruce Cunnington to join in a DCC session with DCC extraordinaire Brendan LeSalle. Had a great evening with the DCC regulars at Weekend Warlords, thanks to all for making me feel so welcome and of course to Bruce for the invitation and Brendan for running a top game. 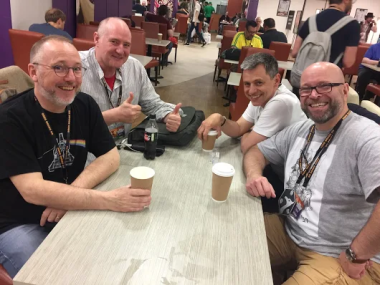 After parking and queuing at a rather busy Expo on the Friday morning I hit the trade hall with Rick Knott and Steve Ray, top blokes who I regularly game with on Roll20. I was blown away by the scale and variety on offer in the trade halls, and so tried to stay focused on games I had planned to buy.  I grabbed some DCC stuff from FSide Games and a couple of Lamentations of the Flame Princess books to fill out my collection and was chuffed to get the Deluxe Tunnels & Trolls hardback [this is a closing the circle thing for me as T&T was the first ever RPG I bought back in ’83, quickly traded in for Basic D&D because I couldn’t figure out how to play it. I know I’ll have better luck this time around].

Most of my Expo was spent in the Hilton where RPG’s were played – it’s one of the few posh places I’ve been to with appropriately extortionate prices for the essentials, £3 for a small bottle of water anyone? Still, it is a good setup with room for lots of games and this year was well organised. The games I played were:

I picked this session because I know Matt is a great GM and I’ve read good things about Symbaroum and I certainly wasn’t disappointed. Matt did a great job of quickly explaining the rules and key aspects of the setting and we were soon off adventuring. The system was very impressive, simple and evocative, a huge contrast to the other big Scandinavian game Trudvang Chronicles which has (IMHO) overly crunchy rules. I was so impressed that I nearly bought the game the next day (and may still do).

This was a wildcard for me – at the time there was nothing else that appealed on the UKGE schedule for this slot, and FS2 sounds like an interesting game although not usually what I would go for. The session had lots of laughs, was chaotic (in a good way) with an interesting story, but if I’m honest I didn’t like the rules. While they are simple (which appeals to me) my character felt fairly ineffective, bumbling and fumbling along. Glad to have tried it (as someone wiser than me recently said, Cons are a great place to try something different), but I don’t think I’d rush to play it again. 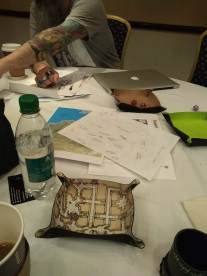 I was lucky to grab a place in this session after I was unable to get onto my first choice of DCC with Bruce Cunnington. I’ve struggled with story/narrative games in the past: Dungeon World is beyond my comprehension and despite really wanting to I just couldn’t understand Monsters & Magic. This was an opportunity to try one out and the Glorantha element chimed with my slowly coming to terms with RuneQuest. This was a great session with lots of colour and detail set in the richly realised southern continent Fonrit, an intriguing murder mystery scenario and a great set of characters.

Saturday 3-7, Lamentations of the Flame Princess

I’ve run The Greater Share of Honour, my homebrew LotFP adventure a few times now so felt relaxed about running it. Hoping to get a great group of players I was not disappointed and was joined by Steven, Odyssey, Ewan (beer spiller!), Mark, Thelma and Eugene. It’s great to see players really engaging with the adventure and giving it their full attention – I really enjoyed running it.

Another enjoyable element of Expo is catching up with quite a few of the gamers (mostly old Grognards) I have got to know through Twitter and from other cons over the last year or so, as well as be introduced to a few new faces – fantastic stuff.  Looking forward to the next one already! 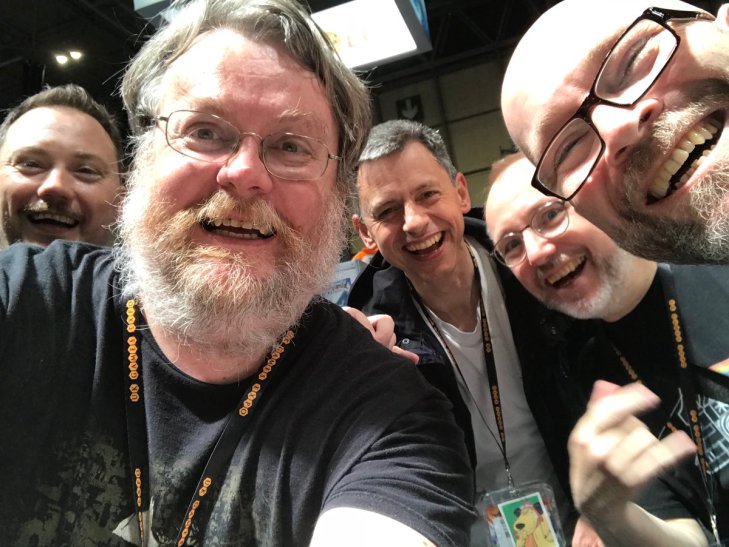 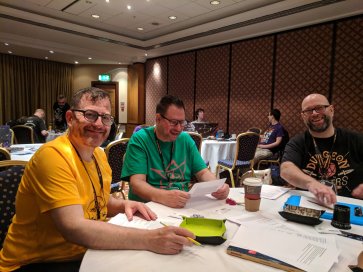 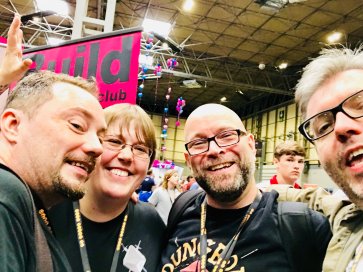