With a small change in personnel from last week we are missing The Captain, but are joined by Ben playing Balock, a specialist. Planning for this campaign I used the approach take by Steve in his RuneQuest game – a session will go ahead if we have at least 3 players, and rather than construct dubious narrative explanations for why a particular character isn’t present, we will just add and drop them as needed. No narrative sleight of hand required. Characters are there or they aren’t. Any anomalies will be dealt with as they come up.

I also expanded upon the house rules for the campaign. RAW LotFP is fantastic, but there were a couple of bits I wanted to tweak – adding occupations, critical hits and fumbles, dual wielding and some tweaks to the skills system. My house rules are here.

As with last weeks report this contains spoilers for A Stranger Storm and Better Than Any Man, if you expect to play them at any point read no further.

Last week our adventurers found themselves in The Incontinent Vicar, a roadside inn not so many miles from their destination, Ochsenfurt. They had been warming themselves by the fire, and eating and drinking while talking with the innkeeper Dieter Letzel until way past the early hours. Our last session ended when Dieter Letzel came down the stairs in his nightshirt. 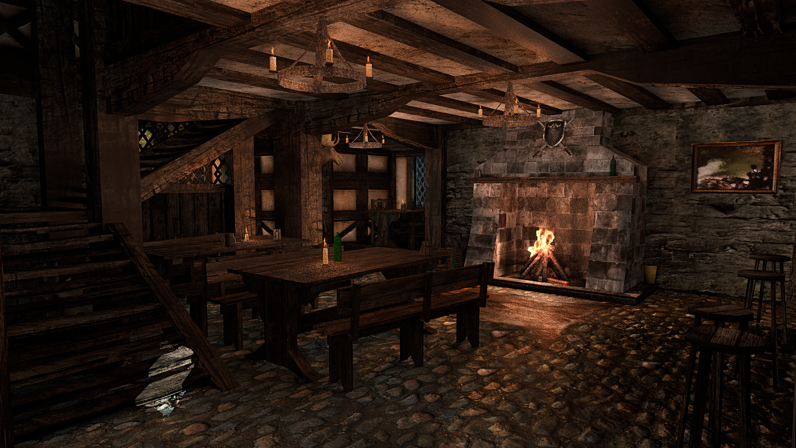 Both of the Dieter Letzel’s are identical apart from their clothes and after the initial shock, accusations of fraud, deceit and witchcraft they both attack the other grabbing makeshift weapons. Before they can do much more than clobber each other Miklos hauls the innkeeper Dieter across the bar and into the kitchen while Maldron grabs nightshirt Dieter in a bear hug. Confusion reins – what the hell is going on?

Both Dieter’s claim the inn is theirs, the other Dieter is an impostor, a witch or a demon. And they are frantic, both as convincing as the other. 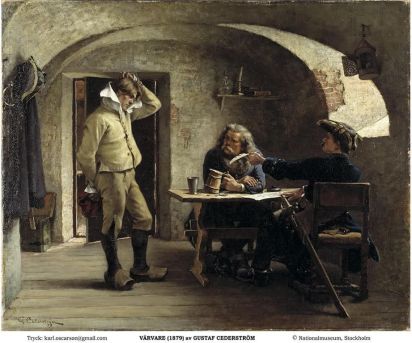 It’s not long before the entertainers and merchants come running down the stairs, woken by the furore. Some of the entertainers are armed with rapiers and daggers, perhaps believing the adventurers to be bandits (what could possibly give them that impression?), and come upon a scene of two restrained Dieters and four heavily armed rough and ready types. The leader of the entertainers, Friedwart Pfefferberg steps forward and demands to know what is going on – both him and his companions look particularly disturbed.

The scene is set for an evening of confusion, paranoia and desperate plans.